HomeMagazineWhere to go in the Val d’Orcia 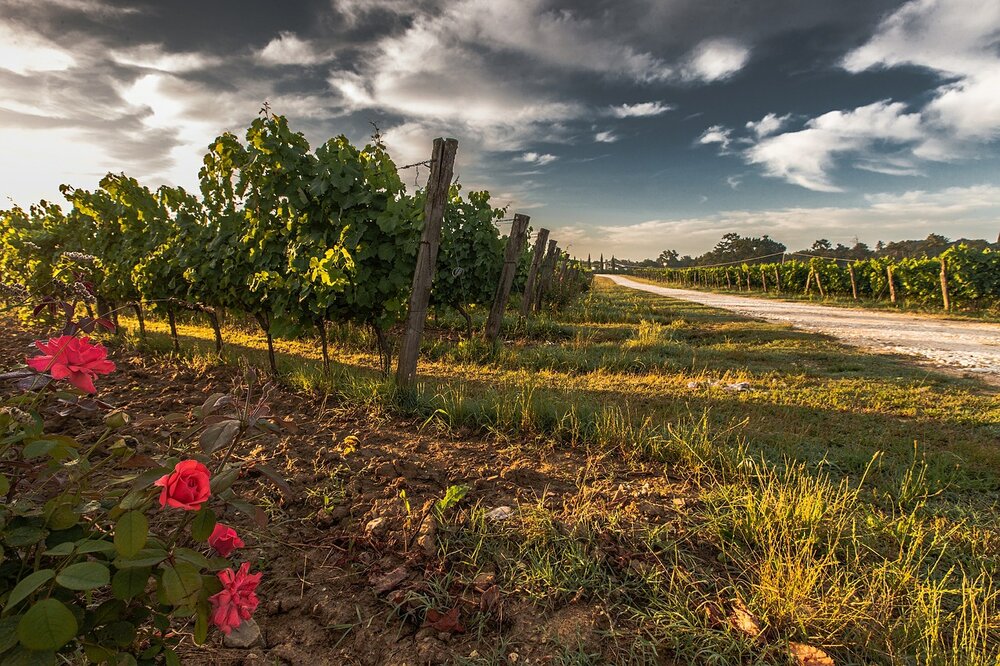 Where to go in the Val d’Orcia

If you’re looking for rolling vineyards, rural landscapes and medieval villages during your visit to Tuscany, then look no further than the Val d’Orcia in the south of the region. Recognised as a UNESCO world heritage site since 2004, the Val d’Orcia has plenty to see, do and explore in this romantic destination, but we’ve rounded up four of our favourites just to get you started! 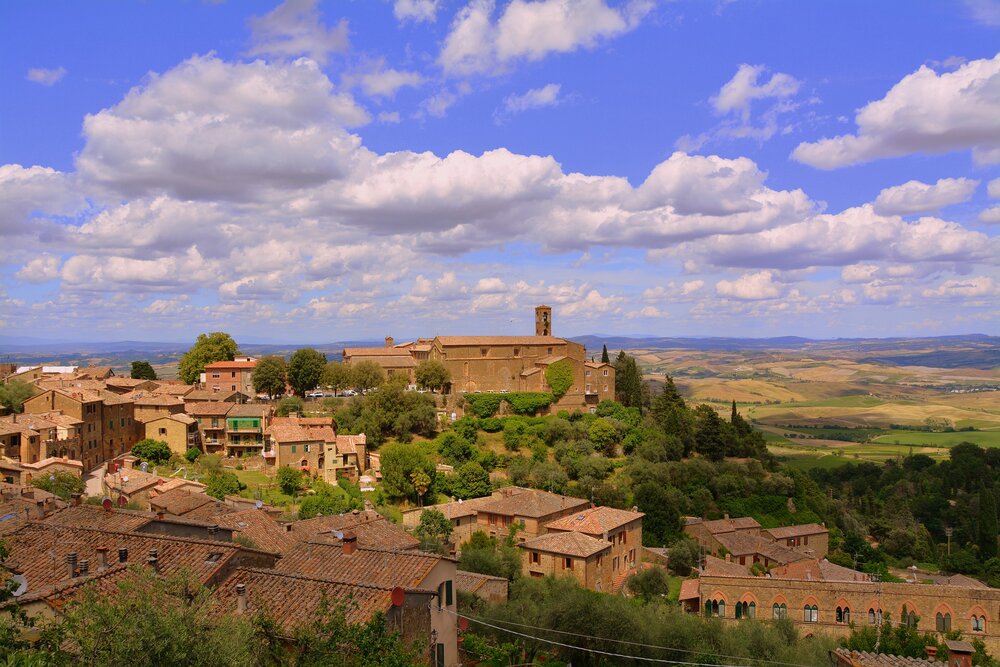 A great place to start your exploration of the Val d’Orcia is Montalcino, as it is the hometown of one of the world’s most celebrated Italian wines, Brunello di Montalcino. Brunello is a luxurious red wine that was invented in 1888, and you can sample it from one of the town’s variety of wine shops (“enoteche” in Italian) which line the winding, stone streets along with a plethora of arts and crafts shops. Or, if you’d like to see how the wine is made, visit one of the top, nearby producers, such as Biondi Santi or Castello Banfi (see below). Aside from wine, Montalcino is also an interesting town to visit for its art and history. During the Florentine-Sienese war, the town still held out against Florence even after Siena’s defeat, and was hence known as “the Republic of Siena in Montalcino” in recognition of its defiance. Take a look at its strong fortifications, and walk atop its medieval ramparts for incomparable views across the Val d’Orcia. Or, for a bit of ancient history, check out the nearby Abbey of Sant’Antimo, which was built in the 12th Century and is surrounded by idyllic olive groves and wheat fields. Legend tells us that the abbey was founded by Charlemagne in 781, when he was visited by an angel on the site who told him a local herb he and his men should drink in order to cure them from an unknown pestilence. Whether or not the story is true, it’s still a great place to visit, for as a working monastery, it gives you a unique insight into the spartan monastic world that hasn’t changed much since the Middle Ages! 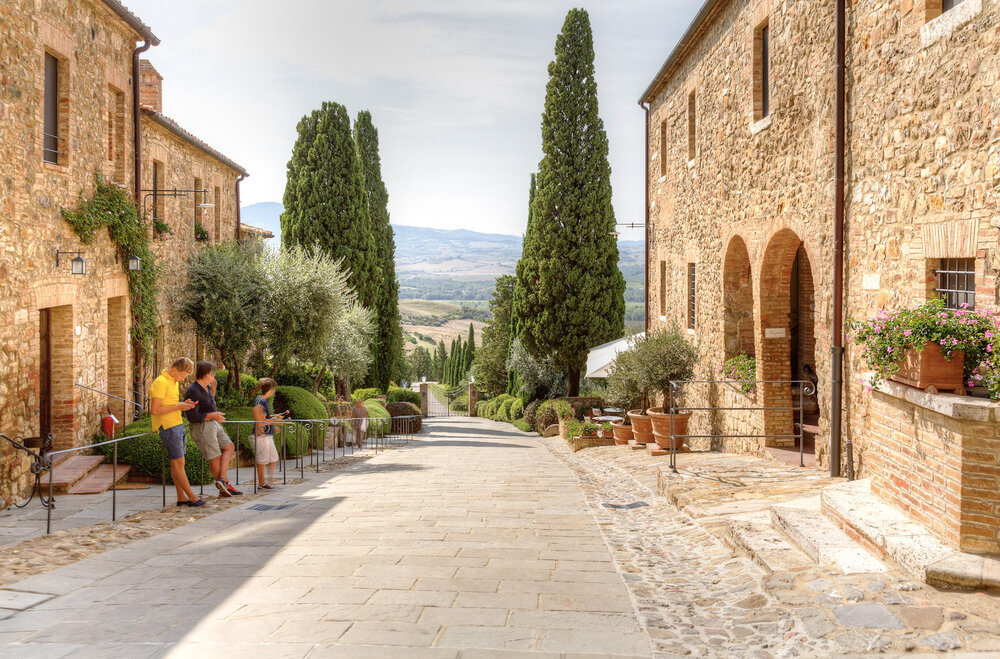 A short drive away from Montalcino, and located in the middle of uninhabited countryside views is Castello Banfi, a luxury wine estate that provides beautiful wine, history, accommodation and fairy-tale magic in equal measure. Their estate of vineyards, olive groves and 7 artificial lakes spanning a whopping 3,000 hectares can be admired from their hospitality and accommodation, which is located in a 12th Century castle, and has suites in the neighbouring medieval hamlet. There are also two restaurants on site for you to frequent during you journey through the Val d’Orcia; La Taverna (for lunch) and Sala di Grappoli (for dinner) where you can enjoy exquisite dishes from melanzane alla parmigiana to duck ravioli washed down with a glass of your favourite Banfi wine, which can also be bought at the perfectly appointed wine shop (the latter is probably preferable if you have to drive on afterwards!) One of their top wines is their Brunello di Montalcino, which is the wine that gave the name to Brunello – the friendly donkey down by Banfi’s farmhouse “Collupino” – who is sure to come out of his hut to say hello if you pay him a visit! That is of course after you’ve been on a winery tour, where you can see how wine is produced on an industrial scale, with high end technology, a cellar that houses 7000 barriques, and the largest Italian wine barrels you’ve ever seen, which are transported between underground and over ground in, again, the largest lift you’ve ever seen! It’s a far cry from some of the artisanal wineries of the area. If you want a contrasting experience, the Banfi staff are happy to recommend some smaller wineries to visit so you can see the comparison! 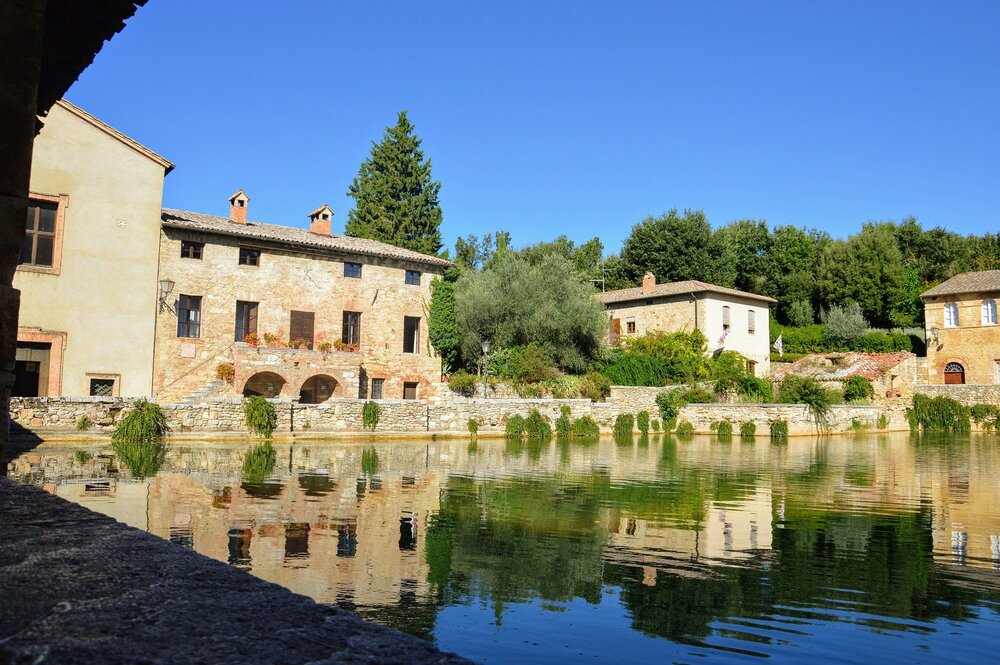 If you fancy a bit of a relaxing detox after all the vino indulgence, we recommend heading to Bagni Vignoni, a town which has a 49-metre-long pool in place of a main square! The pool is sourced by a number of hot springs that bubble away underneath it and have been celebrated since ancient times for their therapeutic and healing properties (it was one of the main stopping points for pilgrims following the Via Francigena on their way to Rome). Unfortunately, you can’t take a dip in the pool in the main square, but you can head down to the Parco dei Mulini, where there is hot spring water for you to bathe in. And the best thing is, it’s completely free, so it’s beneficial for your health and your pocket! We also think that a dip in a hot, bubbly, spring with a spectacular view is pretty romantic for those of you on your Italian honeymoons… 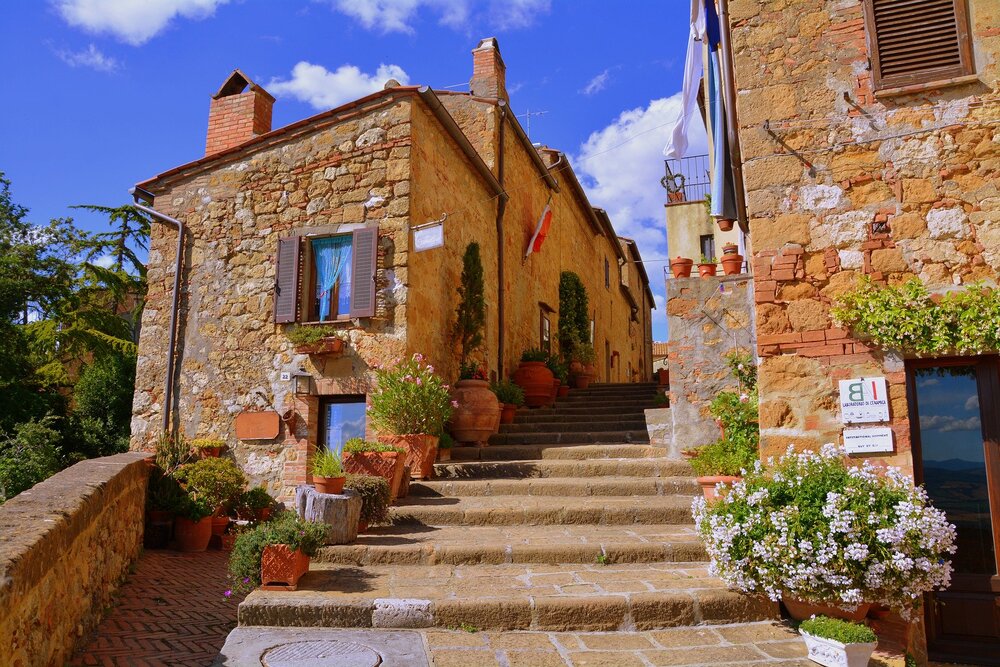 Pienza means “the city of Pius”, and is so named due to being the birthplace of Pope Pius II, formerly known as Silvio Piccolomini. Upon his election as Pope, Silvio wanted to transform his home from an anonymous rural town to the ideal Rennaisance town, and hired the architect Bernardo Rosselino to fulfil his vision. Pienza remains largely unchanged since its 15th Century metamorphosis, and today is a UNESCO world heritage site (we think Silvio would be pleased!) which is heralded as an excellent example of Renaissance architecture. The most important buildings can be viewed from Piazzo Pio II (the main square), and they include the cathedral tower (erected as a sign of faith) and the Palazzo Piccolomini, which is regarded as Rosselino’s masterpiece. As well as being heralded for its religious connections and architectural splendour, Pienza is also thought of as the capital of pecorino cheese! If you’re visiting in September, make sure you don’t miss their pecorino cheese festival, where you can try some of their prized product. 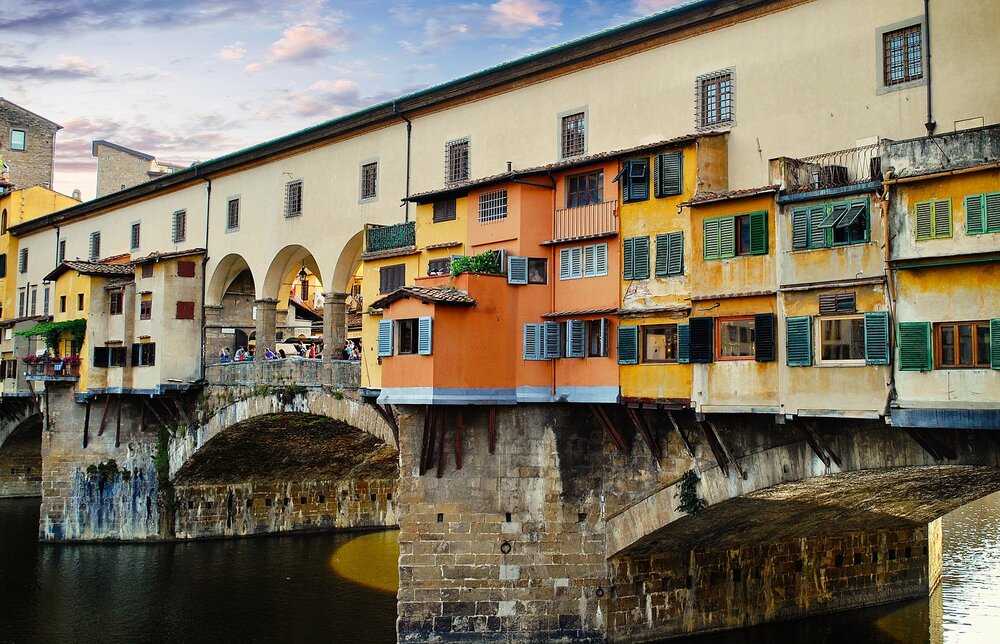 Powerful. Affluent. Luxurious. These three words perfectly sum up the city of Florence itself, as we 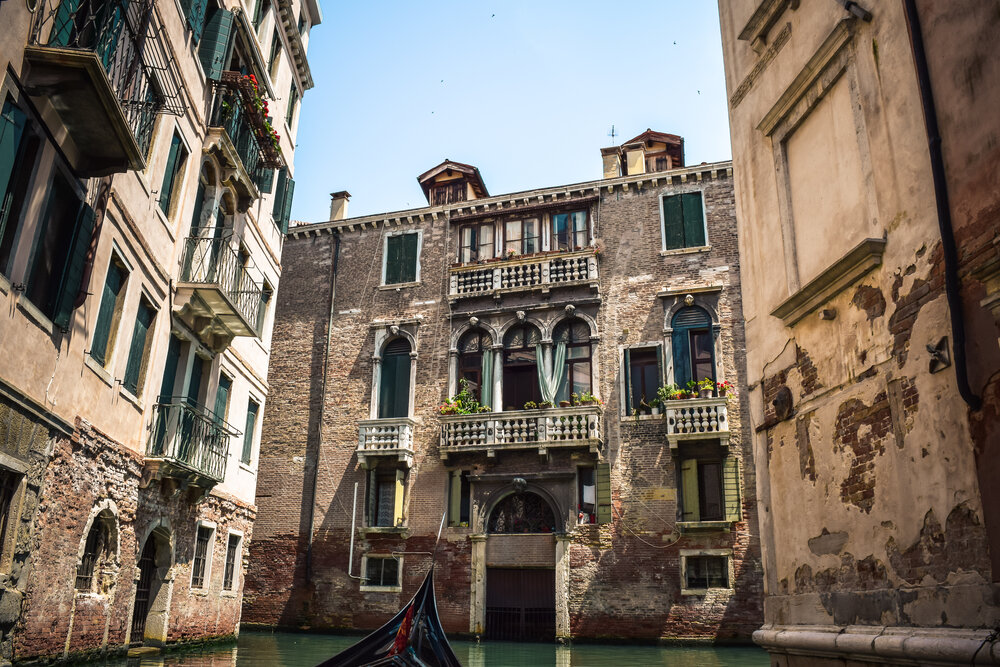 Why Venetian Palaces have an Ottoman influence 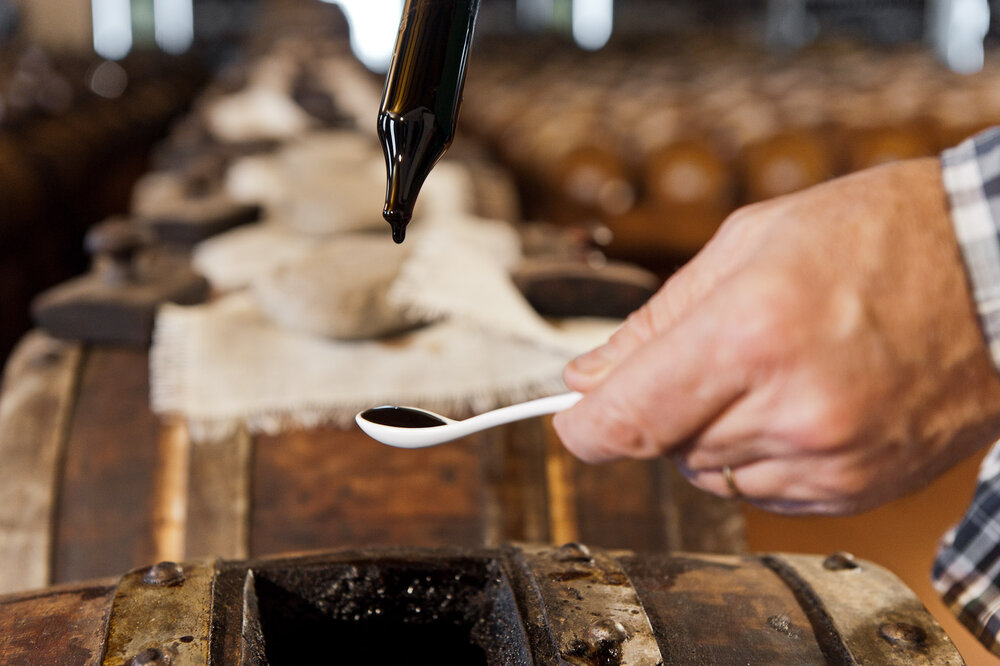 When most people think of vinegar, their mind probably jumps straight to the kind you would sprinkle